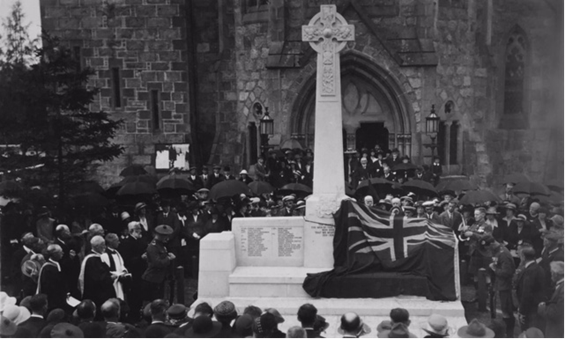 On 23rd July 1922 Ballater Marked her debt of gratitude to the 63 men who gave their life in WWI. This July on Sunday the 24th at 2pm the village will conduct a ceremony of rededication to mark the memorials 100th year. The three churches in the village will conduct the service with Clan Farquharson and The Deputy Lord Lieutenant giving two addresses. Representatives will include, The Deputy Provost of Aberdeenshire to reflect the original hand over in 1922 , our community council and a contingent of Gordon Highlanders, a Lord Lieutenant cadet and our own Royal British Legion. Guests representing some of the families  along with those mentioned earlier will lay wreaths as a mark including the following organisations: Ballater Pipe Band, The Charitable Chiels, The Masonic Lodge of Tullich & Mar, Ballater Local History Group, Aboyne Academy Remembrance Group and  Ballater (RD) Limited . Finally our Pipe Band will play a number of pieces to reflect the day.